I’m grateful for Goodreads. Before this lovely book-oriented social media site came into the world my reading life was pretty scattered. Sometimes I tried to keep written books lists but most of the time I really didn’t know how much or how little I’d read in any given year. When I entered graduate school (six years ago this month) to earn my MFA in creative writing, I felt it essential to pay closer attention to what I’ve read and what I want to read. Goodreads has and continues to help me do that. I especially love the annual reading challenge. I tend to keep my goal for the challenge at 40 books a year–enough of a stretch that it’s not easy, but attainable. Many of the books I’ve encountered this year have left their marks on me both as a reader and as a writer. In fact, I emerge from 2017 feeling a little like I’ve been visited by spirits representing literature’s past, present, and future. Check out my favorite reads of the year, including what I wrote when I reviewed them, and you’ll see what I mean. I hope your 2018 will be filled with plenty of challenging, inspiring, life-affirming works like these.

Max Perkins: Editor of Genius by A. Scott Berg 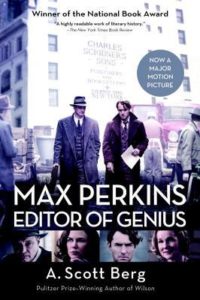 Recently while scrolling through the movie channels on cable I discovered the film “Genius” starring Colin Firth as the editor Max Perkins and Jude Law as Thomas Wolfe. The image of Law waiting on the pavement, shifting on his feet while Firth read through a manuscript hooked me. I found the whole film intriguing. When I saw in the credits that the film was adapted from a biography of Perkins, Max Perkins: Editor of Genius, written in the 1970s. I found the book and became engrossed. There are parts of the book when it seems like the publishing world of the early 20th century was a lot simpler back then, but then there are times when Perkins and his writers are dealing with exactly the same issues we deal with today concerning money, sales, publicity, and finding time to write. Once the Depression took hold Scribner’s and Sons (where Perkins famously worked) only made a third of what the publishing house had taken in the previous year. And yet Perkins, the other editors, and their writers hung in there. Perkins was constantly encouraging his writers to write.

I like how in the book Hemingway, Fitzgerald, and Wolfe are flesh and blood humans, not the cardboard literary icons that sit on bookshelves today. I have compassion for them all, especially Fitzgerald, who lived way beyond his means and couldn’t focus on his next novel because he was too busy writing short stories for the Saturday Evening Post because they paid him so well. And this despite Perkins constantly sending him advances. But I also admire the way Perkins and his writers spoke of “the work,” how committed they were to it despite what else was going on.

Hunger: A Memoir of (My) Body by Roxane Gay 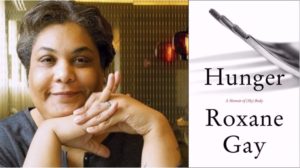 “I don’t know how I let things get so out of control, but I do.” These words, repeated a few times in Roxane Gay’s memoir, hold the tension of this important work. The tension is the push and pull between strength and vulnerability, courage and fear, reality and illusion, knowledge and confusion. This tension is where the author lives. “…here is my heart, what’s left of it. Here I am showing you the ferocity of my hunger.”

I admire this stance. I like how Gay, in a world that adores happy endings and experiences neatly dissected for meaning, “went there,” showing the pain and frustrations she continues to endure. She isn’t afraid to admit the story is ongoing. But hope is present in her life, in tiny glowing balls that remind her she is not totally in darkness: she is loved, her work is affecting lives, she is seeking the geographic place her heart most wants to call “home.” For this reason, the fact of its clear-eyed and difficult truthfulness, I believe this book will do more for more people than a truckload of all those happy ending books could ever do. Gay says this was a hard book to write. I am glad she managed to do it.

Lincoln in the Bardo by George Saunders 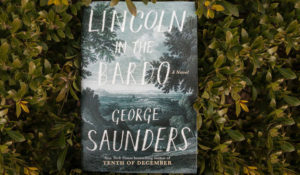 For me this book represented a brave new world of storytelling. Any writer can break the rules of our craft. If he does it poorly the resulting pieces remain at our feet and the confused reader is left to kick at them unsatisfied, like viewing the aftermath of an accident. But if the writer succeeds, he breaks rules to the point where he actually plants the resulting debris and a new form grows. The reader takes in the nascent creation with either bewilderment and possible dislike or sheer wonder. From the comments I’ve consumed about Lincoln in the Bardo, readers report from both viewpoints. Here’s my take. I started on the bewilderment side and ended this book in wonder.

George Saunders’s debut novel is set in a time of upheaval, the early days of the Civil War, when the country was only beginning to realize the horrible depths it was careening toward. President Lincoln’s young son Willie, age eleven, takes ill and dies. His body is placed in a crypt in a cemetery populated by a whole community of less than restful souls. But one night Lincoln, burdened by worry and grief, feels impelled to return to the tomb to visit his lost child. What he leaves with and how he does so is a striking fulfillment of this tale.

Here’s where the rule-breaking comes in: The story is told at a distance, through the observations of the dead souls and through historical source material Saunders uses abundantly though I couldn’t tell which of these many footnotes were based on real material and what was imagined. Fiction craft lessons often teach writers to create characters who are active, not passive, and who can bring urgency to the narrative while at the same time inciting emotion, positive or negative, from the reader. When I began reading Lincoln in the Bardo, I was skeptical. I didn’t see how Saunders could conjure urgency, action, or emotion when the main character, President Lincoln, is for the most part a quiet, introspective, grieving presence and everyone else, a host of strangers without historical significance, was dead.

My curiosity kept me reading and I’m glad I did because Saunders succeeds in all this and that is the miracle of the book. I won’t say how he creates urgency, but I will speak a little on the emotional aspect. 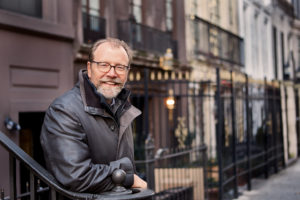 At first I wasn’t interested in these ancillary characters. They spend a lot of time talking, stating their cases, and telling their own death stories. They rarely listen other than to appraise another person’s situation and compare whether they are better or worse off than the other. I kept wanting to get back to Lincoln: Where is he? What’s he doing? But there came a pivotal scene, which I won’t reveal here, where that situation changes and I realized or recognized something I can only describe using the lyrics from John Lennon’s “I Am the Walrus”: “I am he as you are he as you are me/ And we are all together…”

They are us. These characters represent all of us.

The scene provides a kind of light for the lost souls and one character, Mr. Vollman, observes, “My God, what a thing! To find oneself thus expanded!” These souls are essentially seeking, as we who are living are also seeking, a sense of connection—a certain wholeness. How they come to it is one of the most touching parts of the narrative. Their realization opens the world for them and, for me, turned the book into a profound statement of empathy, compassion, and what it means to be human. As a reader I felt moved; as a writer I felt delight over what the author had accomplished. I wanted to read the book again, immediately, so I could better understand and appreciate how Saunders, with such expert craftsmanship and many twists and turns, had built the book.

Writers read for enjoyment, yes, but we also read to learn what art is possible to craft from our tools, which range from basic words and sentences to scintillating, airborne imagination. With Lincoln in the Bardo, an impressive demonstration of skill and imagination, Saunders, simply put, shows a new way of presenting a story. I hope he inspires many writers to let loose in mind and spirit, and see what we can share in our own ongoing quests, acknowledged or not, for wholeness.