“Hope On Any Given Day” a Magazine Award Finalist

“Hope On Any Given Day” a Magazine Award Finalist 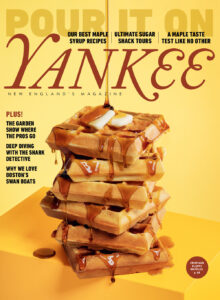 Sophfronia Scott’s essay, “Hope on Any Given Day,” has been named a finalist in the City and Regional Magazine Association’s National Awards Competition. The piece was originally published in the March/April 2020 issue of Yankee Magazine. The New England-based magazine earned eleven nominations in ten different categories.

More details on the awards and other finalists here.