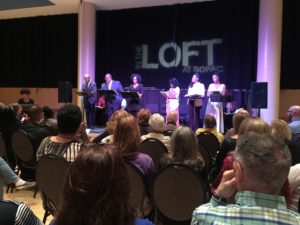 This week a cast assembled by American Theater Group, a regional program based in South Orange, New Jersey, presented a staged reading of The Affairs of Midnight by Sophfronia Scott. An enthusiastic audience of nearly 100 attended and remained for a talk back with the the playwright, director, and cast and provided strongly positive feedback.  Affairs is earlier work by Scott that she later developed into the 2017 novel Unforgivable Love. The piece is set in Harlem, 1947 and tells of a nightclub owner who sets his sights on a society lady in a tale of romance, intrigue, and betrayal. It’s based on the classic story Les Liaisons Dangereuses. Leslie Lewis and ATG’s James Vagias produced the reading in the Loft at the South Orange Performing Arts Center. Marshall Jones III, artistic director of Crossroads Theatre Company, directed the reading with the following cast: 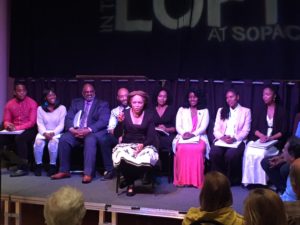 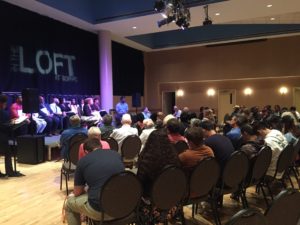